Share a memory
Obituary & Services
Tribute Wall
Read more about the life story of Rebecca "Becky" and share your memory.

Rebecca (Becky) Jo Jimison (Grady) was born on May 28, 1952, in Springfield, Illinois, to Estle and Melba Grady. She loved school, and was a Majorette at Lanphier High School. After high school, she married Jack Rickord and had her only child, her son, Brett. After a short marriage, she and Jack divorced and she and Brett lived together, in Springfield, until she met Gerald McAllister. Gerald was a mechanic and rode with a local biker group. She enjoyed riding on the back of his motorcycle and became friends with the other ladies in the club. They soon moved to California and were married in Pico Rivera, CA. Gerry joined the Army soon after and the 3 of them lived in many different locations, including Panama. In 1993, Brett graduated from high school, in California, and got married. He stayed in California, and she and Gerry separated. In 1994, she moved back to Springfield, and they officially divorced in early 1995. Gerry passed away at the end of that year. In 2003, she met her soul mate, David Jimison. They were married on December 31, 2004, in St. Louis, Missouri. They settled in Springfield and she worked doing medical coding. She enjoyed that until she started working for the State of Illinois in 2007. She worked there up until her death.

In her free time, she enjoyed sewing. She was an excellent seamstress and even made her own wedding dress. She also enjoyed watching HGTV and movies, as well as listening to heavy metal and rock and roll. She loved going to concerts. Her favorite bands were Metallica and Five Finger Death Punch. She also loved reading James Patterson books.

She, and David, enjoyed taking day trips together a lot. They usually spent time exploring Illinois. It wasn’t uncommon for them to travel just to try out a new restaurant, or see a sight that someone else had recommended. Occasionally they traveled outside the state. They especially enjoyed visiting her sister, Crystal, in Middlesboro, Kentucky. They also visited Brett, and his family, who had moved to Arizona.

In 2018, Brett and his family moved to Springfield, to be closer to her. She was devoted to her grandchildren and loved spoiling them every chance she got. They spent holidays and weekends together whenever they could. She also had 2 cats who she absolutely adored, and loved spoiling them too. Her beloved Bubber died only a week and a half before her.

Becky passed away on December 30, 2022; one day before her 18th wedding anniversary. She was much beloved by those who knew her, and will be sorely missed. She was preceded in death by her parents, Estle and Melba Grady, her step-son, Gerry McAllister Jr., her brother-in-law, Edward Fair, and her nephew, David Reynolds. She is survived by her loving husband, David, as well as her son, Brett, his wife, Lisa, and their children, Jason, Matthew, Ryan, and Keaghan McAllister, and Kieran and Ceilidh (Jade) Powers. She is also survived by her step-son, Christopher Jimison, and step-daughter, Shawntel Edmington and her daughter, Isabella. She also is survived by her sister, Crystal Fair, and her children, Melody Wray and Todd Reynolds (and their families), as well as several brothers and sisters-in-law.

At her request, there will be no formal funeral. Instead, in order to allow for family to gather, there will be a Celebration of Life at a future date. Becky didn’t want any tears. Instead, she wanted a party. Any condolences may be sent to David Jimison, 3416 Donna St., Springfield, Illinois 62707.

To send flowers to the family or plant a tree in memory of Rebecca "Becky" Jo (Grady) Jimison, please visit our floral store. 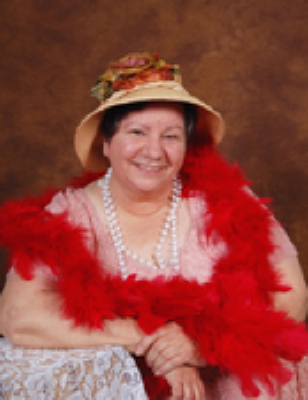 Family and friends are coming together online to create a special keepsake. Every memory left on the online obituary will be automatically included in the book.

You can still show your support by sending flowers directly to the family, or by planting a memorial tree in the memory of Rebecca "Becky" Jo (Grady) Jimison
SHARE OBITUARY
© 2023 Ellinger-Kunz & Park Funeral Home & Cremation Service. All Rights Reserved. Funeral Home website by CFS & TA | Terms of Use | Privacy Policy | Accessibility